Life is just a bowl of Cherries

Truth is a bit of an arbitrary concept at the best of times: all meaning is made up and the Absolute Truth is whatever you decide it is! (Bold much? But think about it: No matter what you reply to this, anyone else can say: ‘If you say so!’ And no one can prove it one way or the other…)

In other words: we ourselves give meaning to everything.

“Meaning” is possibly the most subjective value of humanity, yet it has the most far reaching of consequences!

Entire cultures, religions and belief systems are based on the meaning we give to certain events, occurrences and actions!

Notwithstanding its subjective nature and the fact that “meaning” is entirely dependent on the observer, it is often a strict guideline for moral and behavioural codes and societal values!

Over the years, which rules and beliefs have guided you?

The way we give meaning to things heavily depends on the belief systems we grew up with – and on how those beliefs are challenged – if ever!

As a culture, western society has moved from “Man and woman get married; couple gets children” to “People get children; maybe they’ll get married” and even though it’s taken a while, same-sex couples can now get married in many, if not most, western countries. Nevertheless there are still cultures where one man can marry more than one woman and there are many countries still where same-sex couples are more likely to be killed than accepted.

Clearly, we don’t all give the same meaning to the same thing!

Now, nothing in this article is about right or wrong in any way.

There is a story of a young man who embarked on a dangerous and time-consuming journey to find a wise old man and ask him the meaning of life. When at last he confronted the wise one and had asked his question, the old man replied, “Life is just a bowl of cherries.”

At first stunned speechless and then furiously angry, the young man said. “That’s it? I’ve come all the way here, past oceans and mountains and deserts and jungles to find you and ask you the meaning of life, and all you have to say is that life is a bowl of cherries??!!”

The old man smiled, shifted his robe, and replied, “All right, so life is not just a bowl of cherries.”

It’s all a matter of perspective!!

I once shared a hotel room with someone and we both wanted to attend an event early the next morning: a meditation session that was going to be held before breakfast.

I set the alarm, but it didn’t go off. I woke up five minutes before the meditation was due to start, so I quickly turned to my room mate.

She took one look at the clock and said, “Seeing how we are too late to make it in time, that’s gotta be a sign from the Universe, saying we don’t need that meditation.”

And she rolled over to her other side and went back to sleep.

I, on the other hand, had really had my heart set on going. The room where the meditation would be held was just down the hall and all I had to do was wash my face, put on something comfy and cross that hall. I could have my shower afterwards. So I, in turn, looked at the clock and concluded that I had awoken just in time to make it.

I’m not saying one outcome is better than the other. But they were clearly different! And they were different because we had given different meaning to our timing: Too late vs Just in time!

The meaning we give it isn’t just relative to our respective desires. In our case, we actually told ourselves that this was the meaning the UNIVERSE attached to it!

In fact, we even used it as a way to underscore how, lo and behold, the universe is indeed capable of giving every man what he desires, even if what they desire is opposed!

Now, as an anecdote, this is really fun. But if you look beyond the obvious, this is really a biggie: not only did we each give our own meaning to the event, but we then proceeded to give credit to the Universe for having created the event.

A choice which is as arbitrary as the next one, because we could have also decided to give God credit for it, or our Higher Selves, or — and now I struggle to come up with a really mundane ‘source’, because as a spiri-peep, I look for meaning in the esoteric and not in the mundane, but we could also have deemed it an entirely random event. Or a coincidence…

And that’s exactly my point:

How do you interpret things?

What system do you turn to, to give guidance to your thoughts and beliefs?

And how often do you hold that guidance system up against the light of “Truth”?

And, more to the point, does your belief system still work for you? 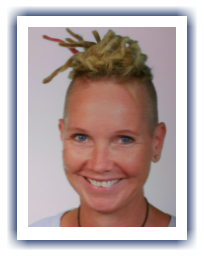